Amazon has become a titan in the ecommerce world over the last decade, making up 34% of ecommerce spending in 2017. In the last several years, Amazon has broken into new markets, buying up new companies and expanding its offline presence. With seemingly endless resources at its disposal, Amazon has the power to launch new technologies, leverage its supply chain in innovative ways, and change the face of ecommerce as we know it.

With Amazon’s entrance into the online advertising space, the company controls vast portions of retailers’ online experience, from sales to marketing, and its ad share is only growing, as it becomes the #3 player behind Google and Facebook.

As traditional retail stores become less relevant, Amazon’s power grows. By 2021, Amazon’s ecommerce market share will surpass 50%. In the coming years, Amazon will continue to innovate and change the way we shop.

While Amazon started off as an online marketplace for other retailers to sell their merchandise, it’s become so much more than that in recent years. The company has released a branded line of hardware products, including e-readers, including the current Echo products that integrate Alexa (Amazon’s voice assistant). With seemingly limitless resources and capital, Amazon can grow its ecommerce business in new directions.

Amazon’s recent purchase of Whole Foods Market indicates a push into grocery, one of the largest potential markets in the United States. Whole Foods only controls less than 2% of grocery market share, but with Amazon’s supply chain management and cost-cutting measures, it could take on big players like Wal-Mart and Kroger. Only Costco sells more organic food than Whole Foods currently, and that market is ripe for growth in an online expansion. With innovative new products like Amazon’s Dash Wand, which allows you to scan items, and order new food from Prime Now and Prime Pantry, the newly acquired Whole Foods can change the way grocery shopping works.

Watch for continued expansion from Amazon in new areas like meal kits, competing with Blue Apron, and home improvement goods, going up against Home Depot and Lowe’s. Amazon has already reached a deal to sell Kenmore appliances from Sears and has meal kits available in the Seattle area. Look for Amazon to take advantage of current trends in ecommerce.

There’s been a trend toward ecommerce and away from traditional offline retail in recent years. As ecommerce sales grow, reaching close to $400 billion in 2016, more retail stores file for bankruptcy, including The Limited, Wet Seal, RadioShack, Payless, Gymboree, and more. With easy and fast access to goods on Amazon and other online platforms, many retail stores can’t keep up.

Only Walmart has been able to maintain pace with Amazon’s dominance. Both aspiring to be omnichannel retailers, Walmart and Amazon are expanding from opposite sides, with Walmart building out its ecommerce presence, and Amazon expanding its offline footprint. Traditional retail outlets won’t completely die out yet, but the landscape is changing drastically, and companies like Walmart need to modify their strategies to compete with Amazon. As Walmart buys up ecommerce companies like Jet.com, Modcloth, and Bonobos, Amazon is building out offline bookstores, purchasing companies like Whole Foods, and spreading out its warehouses across the United States and globally. It’s unclear which company will succeed in the end, but it’s fascinating to watch. 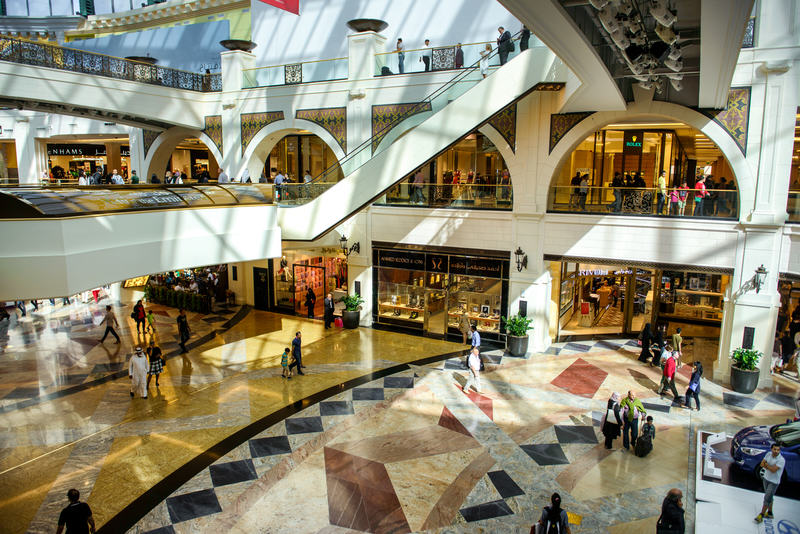 When looking at ecommerce in 2017, ads might be the most vital factor. With Google and Facebook currently ruling the roost on ads on desktop and mobile, Amazon is attempting to break into the space, with $1.5 billion in ad sales in 2016. Half of online shoppers begin their search on Amazon, making the marketplace an integral ad space for ecommerce retailers. Combined with Alexa voice searches, Prime video, and other marketing efforts, Amazon’s ads platform will continue to grow.

Amazon’s growing ecommerce dominance necessitates working with the company to sell your product, serve up ads, and more. As Amazon continues to develop new strategies and ventures, it will change ecommerce forever.

Are you an ecommerce company looking to grow your sales? Leverage Marketing has the knowledge and experience to help you succeed in this evolving space. Contact us today, and we’ll help your business succeed.