Small business blogs struggle to get their readers to comment on their posts.  Meanwhile, larger online publishers have a different problem: comment sections are dominated by trolls who are more interested in picking a fight with the writer and other readers than in having a conversation. Whether it’s an issue of too little engagement or too much of the wrong type of engagement, many bloggers have decided it’s time to say good-bye to their comment section.

Many major online publishers (such as Recode, Reuters, Popular Science, Mic, NPR, and Vice) have already shuttered their comment sections and shifted their conversations with readers to social media. Of course, these are news sites that were getting hundreds of thousands of comments per month—their position is a little different than that of the typical business blog.

So what if you’re one of those business bloggers who is getting some well thought-out comments on each post but is also having to wade through spam? Should you soldier on with your blog comment section or shut it down?

Before making your decision, you should consider some of the challenges that comment sections create, the benefits (and limitations) of social media comments, and your blog’s audience.

Keeping Up with the Vocal Minority 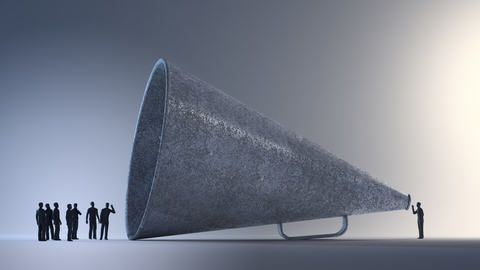 In a perfect blog world, the comment section would include remarks from a representative sample of readers. These readers would take the time to think about an article and share resources or ideas that add to the conversation. In reality, most blog comment sections are dominated by a small number of (often angry or combative) readers who don’t represent the views of the majority.

Let’s take NPR as an example. In an NPR commentary piece from August 2016, editor Elizabeth Jensen noted that while their website had 33 million unique visitors in one month, comments came from just 19,400 users (less than one percent). And of those users, just 4,300 were responsible for two-thirds of all comments. Digging deeper, NPR found that an estimated 83 percent of commenters were male, while an estimated 52 percent of all NPR.org users were male. It’s clear that their commenters were not a representative sample of the NPR audience.

The unrepresentative nature of the comment section isn’t the only issue. Many sites allow users to post anonymously, which means commenters can say incendiary things without worrying about their words being tied to their real-life identity. Not only can this be exhausting for writers and site moderators to keep up with, but it can also affect the way a site visitor views the article they’ve just read. One study found that people who read a scientific article accompanied by insult-laden comments were more likely to have polarized views of the technology described in the same article than people who read the article accompanied by civil comments. 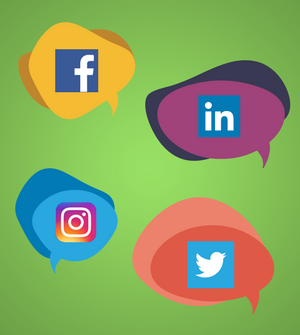 Turning off their comments and shifting the conversation to social media has been a natural move for many publishers. After all, their readers are, for the most part, already on social media. And with many sites now seeing more than half their traffic coming from mobile, communicating over social media just makes more sense. Mobile users frequently access news and blog posts through apps like Facebook and Twitter, and they’re more likely to add a comment within one of those apps than they are to go to the publisher’s site, create an account, and add a remark to the comments section.

In addition to the convenience of social media platforms, many bloggers have found that conversations stay more civil when they move away from the comment section. There are still trolls on social media (especially on Twitter), but in general, there’s more accountability for social media users than anonymous commenters. Facebook and LinkedIn users are encouraged to set up accounts that are associated with their real-life identities, so anything they say through that account appears under their name.

For some publishers, the decision to ditch the comment section and focus on social media comments is also about visibility.  Kara Swisher, the executive editor of Recode, told Nieman Lab that Recode is focusing on social because they are more likely to have well-known people or industry influencers retweeting or liking one of their posts than going to their blog and leaving a comment.

Of course, social media conversations aren’t without their drawbacks. For one thing, sharing a post across several different social media networks can lead to fractured conversations: someone might make a great point on Facebook that doesn’t get picked up in the conversation on Twitter, or a helpful resource that someone shares in the comments on LinkedIn might not make it to Reddit.

Another potential issue is that not all readers are on social media. However, this may not be a noticeable setback for bloggers, since two-thirds of U.S. adults—and 90 percent of people ages 18 to 29– now use social networking sites.

Questions to Ask Yourself

If you’re still unsure whether you should keep or deep-six your blog’s comment section, ask yourself the following questions:

Is anyone leaving comments? If they’re not, your comment section isn’t doing you much good. You might as well disable it and encourage readers to connect with you on social media.

Are the comments thoughtful and productive? Some niche websites, like SEO-focused blog Moz, get lots of meaningful comments on each post because of the nature of their audience. In Moz’s case, the audience is largely made up of SEO professionals who are interested in sharing their knowledge and gaining new insights from their peers, which makes the comment section a valuable resource.

Whether you decide to keep your comment section, shift the focus to social media, or find some middle ground, be prepared to start a dialogue with readers—not the trolls, but the people who find value in your content and want to be part of the conversation. Engaging with site visitors or social media followers in this way helps to build trust, and that established trust will make you stand out from competitors when your readers are searching for the products or services you offer.

Don’t forget to sign up for the Leverage Marketing newsletter—you’ll get all our latest blog posts, along with news about digital technology, marketing, and business trends.

How Do Customers See Your Brand?
Scroll to top