For years now, marketers have been asking whether email marketing is effective–here’s one example from this past year and another from several internet eons ago (2009). With 205 billion emails sent and received last year and an estimated 91% of consumers checking email at least once a day on their smartphones, I think we can safely lay the “email marketing is dead” myth to rest. However, there are still plenty of other email marketing myths floating around—and if you believe them, you could be losing out on opportunities to increase your ROI.

Here are five myths that could be getting in the way of successful email marketing, along with some tips to help you move past them.

Myth #1: Open rate and click-through rate are the most important metrics to track.

Open rate and click-through rate (CTR) are essential metrics to track, but they won’t tell the whole story of your email marketing campaign. Open rate may be an indication of whether the subject line and sender name compelled someone to open the email, and CTR can help you determine how much engagement you got with any given email, but that doesn’t tell you whether an email campaign led to a recipient completing a desired action.

To determine how successful your email marketing has been in driving recipient action, you’ll need to look at the percentage of recipients who clicked an email link and completed a specified action, such as making a purchase or filling out a form. Divide the number of email recipients who completed this action by the total number of emails delivered, and you’ll have your conversion rate.

Other valuable metrics to measure include email list growth rate, email share rate (i.e. the number of people who clicked a social media button within the email to share it on their networks), and overall ROI. 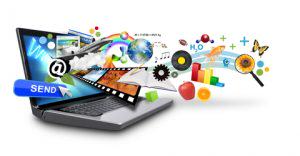 You might think that splashy, image-intensive emails will get the most engagement. In fact, that’s what most email recipients think too—in Hubspot surveys from both 2011 and 2014, almost two thirds of respondents said they prefer image-heavy emails. However, when Hubspot looked at their own data set for emails with between zero and fifteen images, they found that the click-through rate actually dropped as the number of images increased. This could be due to the fact that not all recipients could view images on the device they were using to open their email, or because too many images distracted from the email’s call-to-action.

This doesn’t mean that you have to banish images from all email marketing campaigns. What you should do is A/B test emails with different numbers of images, or different image heights and widths, to see what the recipients on your mailing list respond to best.

When you do include images, make sure they’re optimized to be viewed on all device types, from small smartphone screens to large desktops. You should also make sure that your key message is at the top of the email so it’s visible immediately when someone opens an email on their phone.

Myth #3: Campaigns sent out to large lists are most effective.

Sure, growing your email list is a worthy ambition. After all, the more people you have on your list, the more people will receive your marketing messages. But that doesn’t mean you should abuse your list by regularly sending out mass email blasts. Impersonal emails get less engagement than personalized emails, and a message that’s irrelevant to a recipient could lead that person to unsubscribe or mark your email as spam. To avoid this, plan email campaigns around specific list segments, and use a personalized recipient name when that information is available.

You may also benefit from sending emails that are triggered by a specific action, such as a website visitor downloading an eBook or making a purchase. In this email, you might thank the site visitor for their download or purchase, and then recommend other content or products that they may be interested in. Over 75% of email marketing revenue comes from this type of triggered campaign, and transactional emails have an average of eight times more clicks than bulk mailings. 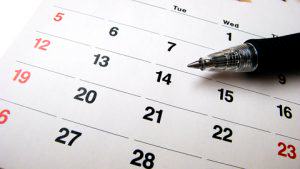 According to Hubspot, emails sent on Tuesdays, Wednesdays, and Thursdays have the highest open rates. However, several studies have found higher click-through rates on Saturday and Sunday. This is likely because fewer marketing messages are sent on the weekend, so even though there are fewer total clicks, the percentage of clicks is higher. It’s also possible that because there are fewer messages in recipients’ email inboxes over the weekend, they are more likely to engage with the messages they receive.

So should you send your messages earlier in the week or on the weekend? Unfortunately, there’s no clear best day of the week to send—it’s going to depend on your industry and audience. Try testing different days to determine when you get the best engagement.

Email marketing is inexpensive to implement and drives more conversions than any other digital marketing channel, including search and social. And because of the relatively limited visibility of organic social posts, marketing messages are five times more likely to be seen through email than Facebook, and emails are six times more likely than tweets to get a click-through. If you’re in ecommerce, emails can also increase your bottom line. An estimated 4.24% of people who get to your site through an email message buy something, as opposed to 2.49% who get to your site from search engines and 0.59% from social media. The next time someone tries to make the case that email marketing is outdated or ineffective, point them towards those statistics.

Want to get more information about email marketing best practices, as well as digital marketing tips, trends, and debunked myths? Subscribe to our newsletter below.

Web Design Is NOT Dead
Scroll to top