Net neutrality has been a buzzword for the last several months as the current Federal Communications Commission (FCC) has sought public opinion and voted to repeal the Obama-era regulations. But what is net neutrality? How are this debate and legislation even relevant to digital marketing?

In December 2017, the FCC voted (3-2) to dismantle a previous ruling that recognized broadband Internet as a public Title II utility, like electricity or water. For the past few years, all Internet traffic has been treated identically, with no one website or provider getting higher priority for their traffic. 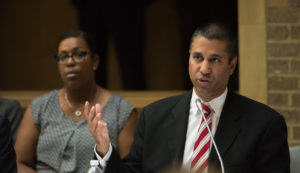 The FCC’s vote to deregulate broadband Internet could have far-reaching effects on digital marketing, disrupting advertising prices, viewability standards, and creating unfair competition. If a powerful company like Amazon can prioritize their own ad traffic through their servers, customers are more likely to click on their ad copy, giving them a competitive advantage in the marketplace that heretofore didn’t exist. The impact of repealing net neutrality is damaging not only to consumers but also to brands and agencies.

What is Net Neutrality?

Simply put, net neutrality is the fundamental principle that all data on the Internet should be treated equally, no matter where it comes from, or where it’s being sent. Net neutrality means that Internet Service Providers (ISPs) can’t decide to discriminate against or charge differently based on user type, content, platform, application, method of communication, website, or other factors. The definition of net neutrality is Internet equality.

There have been many attempts over the last two decades to infringe upon these basic precepts, such as Comcast throttling peer-to-peer (P2P) file-sharing companies like The Pirate Bay, AT&T limiting FaceTime on the iPhone to users with certain data plans, and companies like Verizon Wireless slowing down video services on their network. Despite the evidence that ISPs will violate net neutrality for their bottom line, the FCC repealed its Open Internet Order on the basis that the market could self-regulate. The loss of net neutrality’s effects will be extensive across the consumer and business sectors.

Digital marketing is currently an $80 billion annual industry. While there are many large players in the sector—Google, Facebook, Amazon, Microsoft– it’s the many small marketing agencies and ad networks that drive competition and innovation in the space. Without a free and open Internet that creates competition for organic traffic and the best paid search, larger companies will begin to gain a clear advantage in the space over a short period. Why should an ad network like Google prioritize your ad if they can prioritize one from a corporate sponsor?

Digital marketing, including SEO, content marketing, paid search, and even social media marketing, could lose previously level competition from non-net neutrality rules. Small- and medium-sized businesses could lose out, have their traffic and revenue drop, and watch as the larger players take a bigger slice of the pie.

What is the Future of Net Neutrality and Digital Marketing? 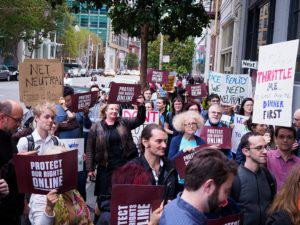 Despite the potential gains for many large technology companies, Reddit, Google, Facebook, Twitter, Netflix, and others are standing up against these anti-net neutrality rules. Many members of the Senate are trying to overrule the FCC and reinstate the Open Internet Order. It’s unclear what the future of the Internet will look like under the new guidance (or lack thereof) of the current FCC. In the short time it was in effect, net neutrality helped to create a more open and fair Internet.

Digital marketing has flourished and grown in the last decade and hopefully, the repeal of net neutrality will only be a blip in the innovative new ways it grows in the next. Agencies and ad companies must adapt to the new rules, advocate for the return of net neutrality, and work toward a future with Open Internet.

Want to get more digital marketing updates delivered to your inbox? Subscribe to our newsletter.

What Does an SEO Analyst Do for You?
Scroll to top