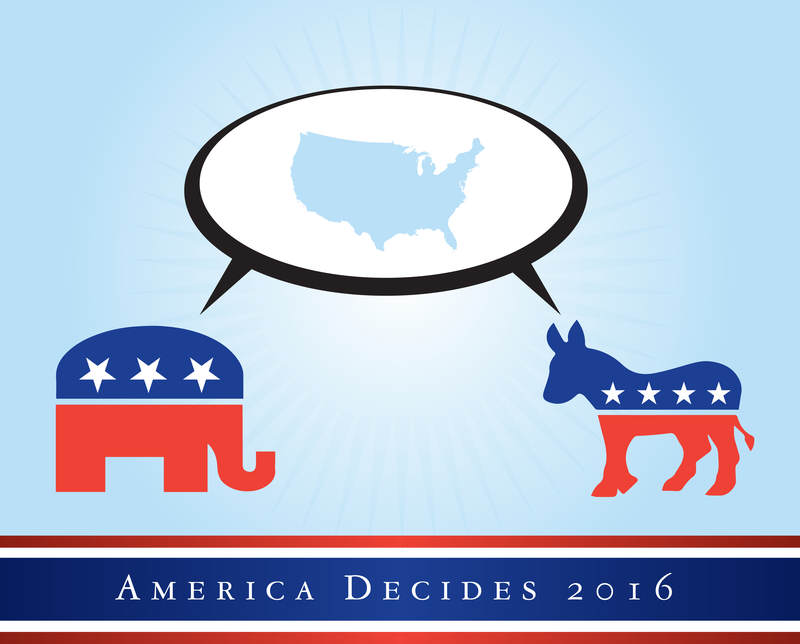 While it’s hard to put an exact date on it, there’s no doubt we’re now in the throes of the 2016 presidential election race.

Over the course of the last month-plus, candidates from both political parties have, officially or otherwise – thrown their hats into the ring. Heck. Some can argue that the race began years ago, with media speculation running rampant over whether or not a former first lady and secretary of state would make a bid to return to 1600 Pennsylvania Ave.

By no means will I use this blog as a place to discuss the race – I’m applying the old “never talk about politics or religion” rule used by many young and old at dinner tables, coffee shops and bars as a rule of thumb here at The Real Deal – but early projections are already predicting a victory when it comes to digital ad revenues based on election spending.

While television is expected to remain the largest beneficiary of electoral ad spending, political digital advertising for the race, according to an April article in Reuters, is going to play its most significant role in the election to date.

While this is no surprise – as with pretty much every profession and field, the digital strata has become a major component in campaigns as large as the Oval Office and as minute as a small town parks and recreation election – digital marketing, and the companies behind the ads and strategies, have and will continue to grow.

“Firms that target voters with digital ads are multiplying, in some cases seeing the number of both clients and employees triple each two-year election cycle, interviews with multiple firms and reviews of Federal Election Commission records show,” according to the article. “Some of the companies told Reuters they anticipate hundreds of campaigns, ranging from presidential to school board, to sign contracts with them.”

Another recent look at electoral ad spending, this time at us.kantar.com, echoed Reuters piece to a degree: the boob tube is still the biggest beneficiary in terms of where the ad dollars go, but digital marketing is hardly a distant second, along with radio.

“Technology is pushing us toward elections in which traditional TV advertising plays less of its current, giant role,” according to Kantar. “While targeting enables advertisers to hone in on smaller audiences, technology is sending content, and the ad dollars that follow it, to ever smaller screens. A lot of this is generational as content and advertisers chase the young folk … Media studies have documented a shift in news consumption from TV to desktops and, in their most recent look, from desktops to mobile devices.”

Additionally, a social cornerstone of the internet’s role in this year’s election thus far can be traced to April 12, when the aforementioned former first lady and secretary of state officially announced her candidacy. This wasn’t done via the traditional press conference-slash-rally; it came via YouTube. As of late June, the announcement has received nearly 5 million hits and more than 13,000 comments.

For us digital media innovators and worker bees, how this presidential election unfolds may very well be as interesting as the race itself. Say what you will (but not here) about the race as it sits now, one thing, though, is for sure: its impact and influence on who will be the 45th President is growing in ways not many folks could imagine when the current president took office in 2009.

How Social Media Can Bring Peace of Mind
Scroll to top