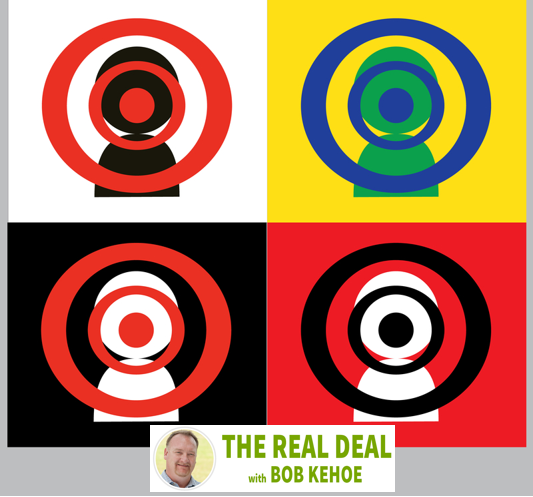 Advertisers that set out to attract their target audiences is hardly a new idea in any media.

If anything, it’s a common practice, and one that continues to evolve and refine today.

How Did We Reach Target Markets before the Internet?

In newspapers, it’s pretty uncommon to find an ad for women’s apparel or florists in the sports section, and, on the flipside, a half page ad for the region’s auto parts chain is usually not found in the style section. The boob tube has had their own practices for years: Beer ads during ballgames has itself become a pastime, and you’re likely to find more than one zombie/apocalypse-themed commercial during breaks on “The Walking Dead” as well as spots for their video games.

As soon as businesses big and small realized the Internet wasn’t a fad and there was an advantage to having an online presence, they – slowly but surely, it can be argued – set up sites of their own and, in many cases, placed ads on likeminded sites. A banner for the current Foot Locker mega-sale is best found on sports and fitness-themed sites big and small, while a link to downloading the just-released Arcade Fire album was commonplace on rock and pop pages.

In the last two examples above, note that the ads described were based around events – the Foot Locker banner on the sports/fitness sites is timed to the sale, and the Arcade Fire ad is timed to the release of the band’s new album.

As of late, though, smart digital advertising is paying significantly more attention to the fitness buff or rock fan rather than the sale and new album release. Due to the individualized experiences web browsers, platforms and applications provide, advertisers have been able to follow the trails that users leave behind when they browse or interact online to paint a picture of their personalities and create a customizable ad experience.

Advertising to Custom Audiences
In mid-2012, Facebook rolled out FBX, which allowed advertisers to purchase ad space on their website with the ad catering to the web user’s browsing history as well as user data such as age and location.

Not only does FBX follow the users’ past searches. If you were recently online looking at, say, kitchen appliances, an ad for an appliance store would come up when you logged onto your Facebook page. Two years later, Facebook improved upon that with Website Custom Audiences. Advertisers could then choose their audiences based on their interests, location, gender, age and more. Never before had marketers been able to define and target their audiences so specifically.

A few months after that, Google got into the game with their Custom Affinity and In-Market Audiences programs. This gives advertisers the opportunity to get their business seen on their site’s display network. They, too, base their ads on users’ previous searches, and advertisers going the Custom Affinity route can target their audiences using Google’s AdWords.

The Benefits of Reaching Niche Markets
I like to think that this is a significant step up for all parties – especially the companies throwing their hat into the retargeting ring – when it comes to both online presence and the opportunity to reach potential clients and customers. Using these custom audience features to target niche markets can be especially beneficial to small businesses and startups that need to target more specific markets to get their foot in the door and get a leg up on the competition.

Targeting custom audiences isn’t only beneficial to business, the users themselves have already shown interest in the subject/business/industry in which the ad is targeting. An intelligently crafted ad campaign – and this is where we come in, by the way, and work our magic – can be nothing but beneficial to those businesses who are willing to jump into this growing and evolving marketing style and to those users who are looking for a product that fits their lifestyles or personalities.

A Recipe for Sweetening Negative Reviews
Scroll to top