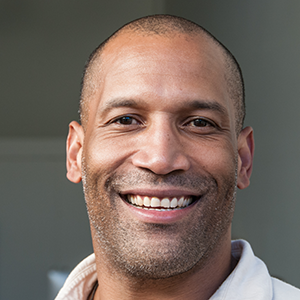 After graduating from Eastern Illinois University Stan became a Police Office in the northern suburbs of Chicago. In recognition of his efforts as an Officer, Stan was awarded the Cook County Award of Merit – This award is bestowed on officers who display the highest degree of honesty, loyalty and integrity. At that time, the Internet, and the web more specifically was just starting to make its way into public conversation. Always looking for a new challenge Stan began to voraciously study this new medium and how it could be used in law enforcement. In doing this, he quickly understood the commercial uses for the web. Armed with this information and the skills he learned working with people in the community during his years as an officer, Stan began helping companies take advantage of marketing themselves online.

In the year 2000, he re-connected with his former college roommate and teammate at EIU and took the bold step of leaving law enforcement to work full time in the web marketing business. After quickly establishing himself as a top performer in sales, he was asked to move to California and head up sales operations in the Western Region, the territory was internally known as “Anything West of the Mississippi” As a pioneer in the internet marketing space, Stan has developed and implemented profitable strategies to generate and manage leads for hundreds of businesses. He’s presented to and trained 1000’s of sales teams educating them on how to increase conversions while helping them also manage the internet lead sales cycle from top to bottom – utilizing his innate ability to explain high-level concepts in a simple way.

Stan takes pride in seeing the companies he works with achieve success while demonstrating the highest levels of loyalty, honesty and integrity.

Back to Meet the Team
Scroll to top